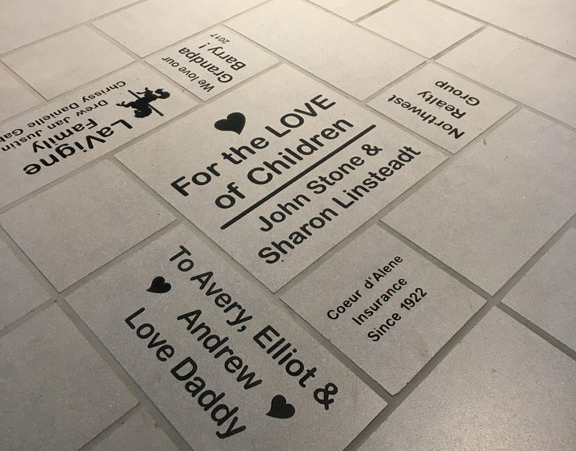 Etched floor tiles are available in three sizes.  The tiles can be etched in place.  Etchings are scheduled when enough orders have been placed. Contact us for specific scheduled dates. $350-$1200. 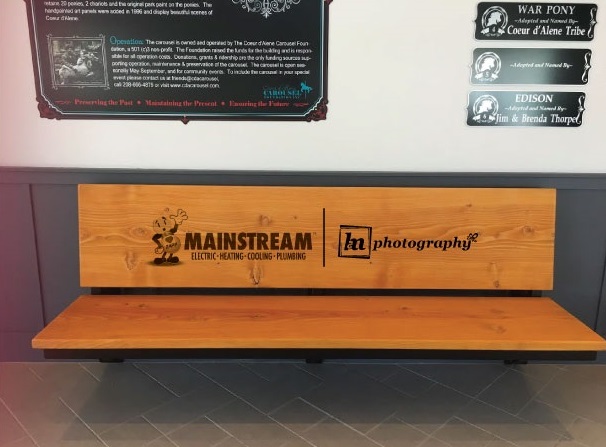 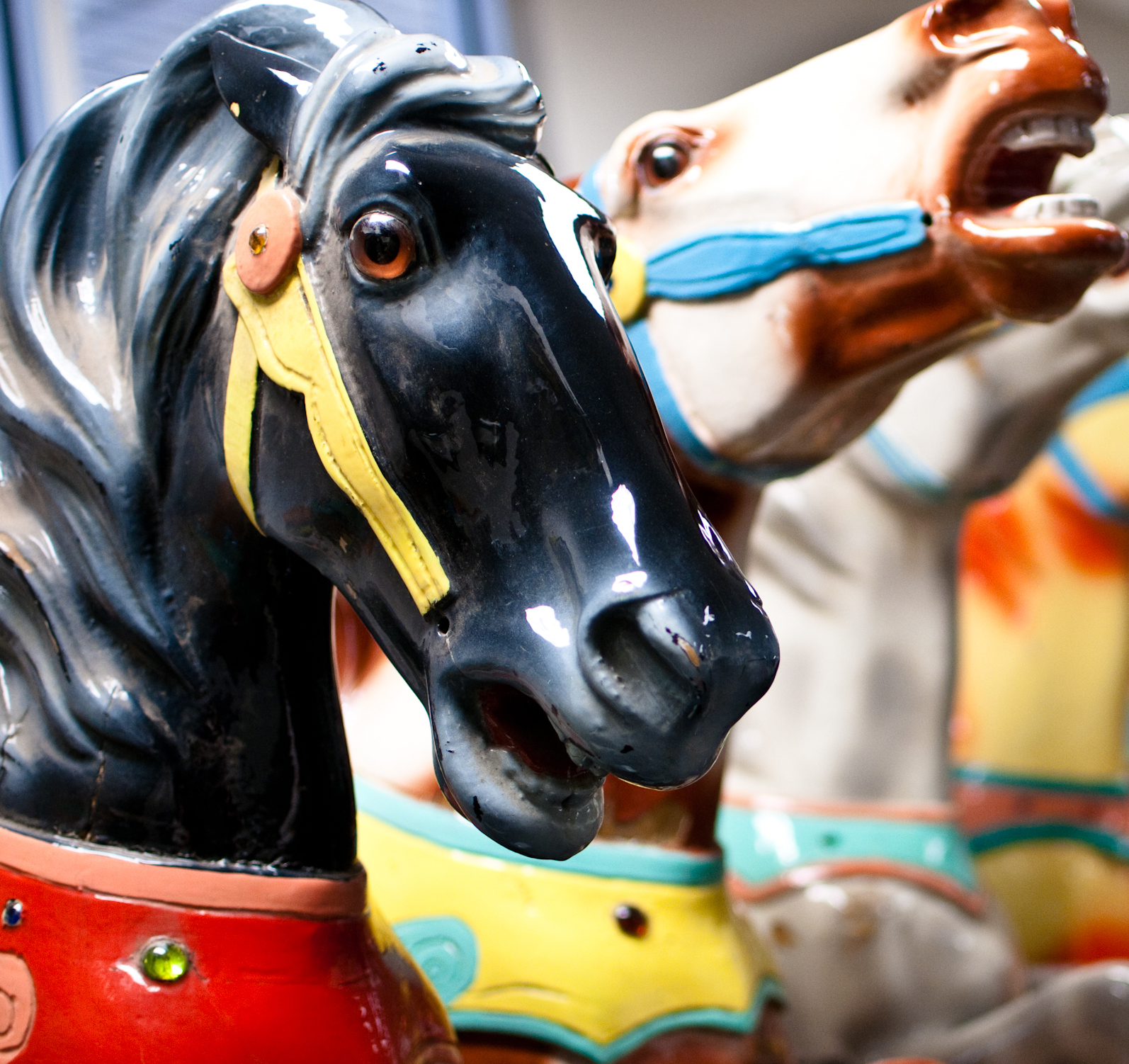 Adopt and name a pony or sponsor an art panel.   Choose the next "favorite" name for a pony.

Atsuko Kroetch spent a year creating eight wonderful stained glass windows for the carousel.  She designed and built these works of art as a thank you to the community who showed her such love and support when her late husband had cancer.

Her good friend Bud Ford, a long time carousel supporter, volunteered to pay for the supplies including all of the glass.

This project inspired her friend Debbie Wieser to write eight stories about the window ponies.  The "Window to the World" project was born.  Debbie then sponsored a contest between local 5th graders to name the ponies in the stories and depicted in the windows.  The student's winning names will be included in an upcoming book of the stories.

The windows were sponsored.  The sponsor and pony names will be placed above and below the windows in the cupola. 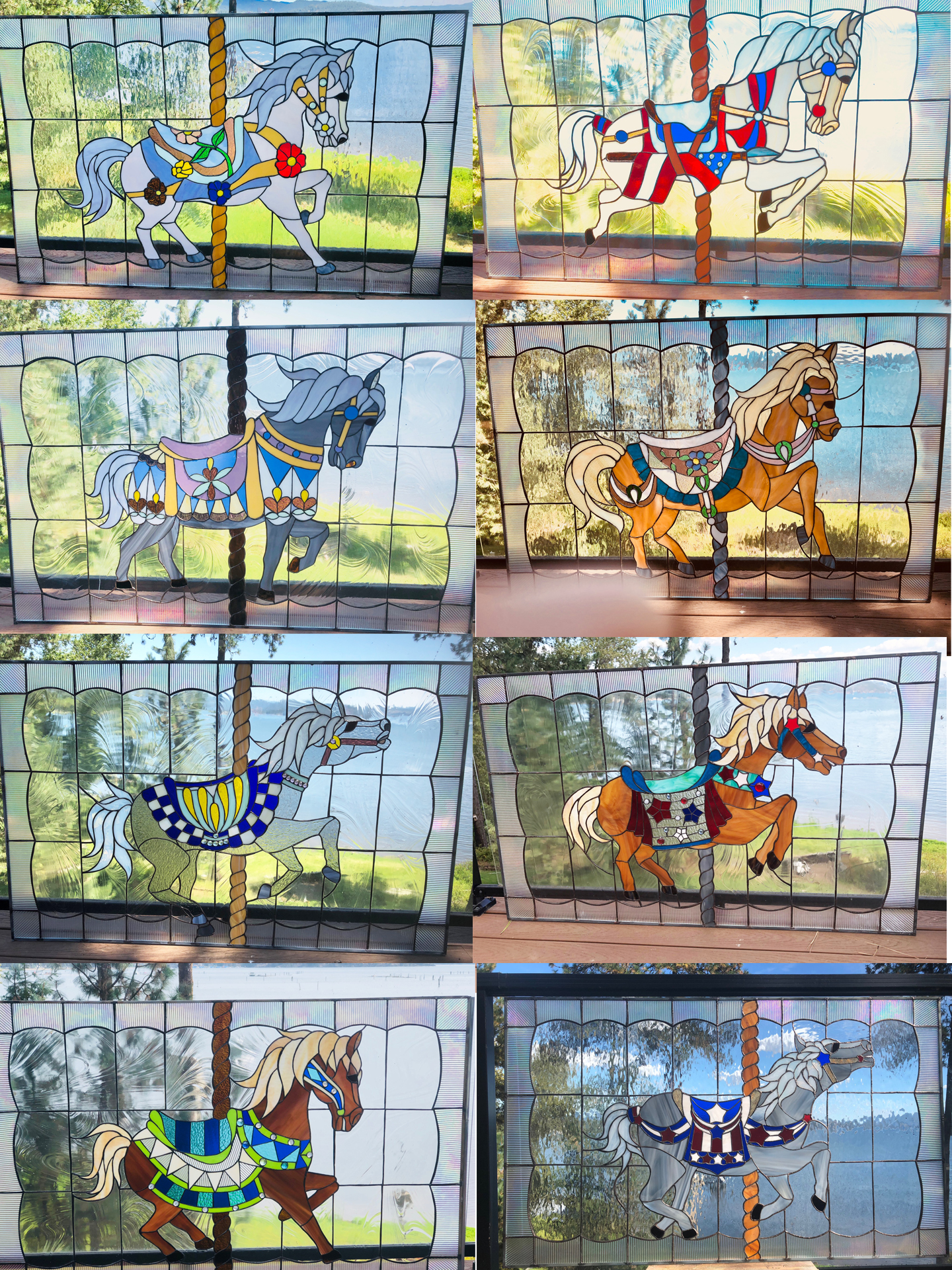